While the world’s population is made of a diverse background of people with different cultures and personalities, much of the representation of people in visual media has been monochromatically white.  This has been especially true in comic books and graphic novels.  Pioneering a new era of diversity in the comic book industry, Dwayne McDuffie helped found the industry’s most successful minority-owned-and operated comic company.  He is best known for creating the animated television series Static Shock, writing and producing the animated series’ Justice League Unlimited and Ben 10, and co-founding  Milestone Media.

Born in Detroit on Feb. 20, 1962, McDuffie attended the Roeper School, a school for gifted children in the Detroit suburb of Bloomfield Hills.  Growing up, he later said, he encountered few comic-book characters who looked like him; he encountered fewer still who were simultaneously black, heroic and even remotely authentic.

“You only had two types of characters available for children,” Mr. McDuffie told The New York Times in 1993. “You had the stupid angry brute and the he’s-smart-but-he’s-black characters. And they were all colored either this Hershey-bar shade of brown, a sickly looking gray or purple. I’ve never seen anyone that’s gray or purple before in my life. There was no diversity and almost no accuracy among the characters of color at all.”

McDuffie earned a bachelor’s degree at the University of Michigan in 1983 and attended film school at New York University’s Tisch School of the Arts. While McDuffie was working as a copy editor at the business magazine Investment Dealers’ Digest, a friend got him an interview for an assistant editor position at Marvel Comics.

At Marvel Mr. McDuffie helped develop the company’s first line of superhero trading cards and wrote for established series like Spider-Man and Captain Marvel. He also created Damage Control, a mini-series published at intervals from the late ’80s to the present about a firm that repairs the property damage caused by battles between superheroes and super-villains.  However, McDuffie was vocal about the lack of diversity in their comics, especially regarding the curious amount of black characters that rode skateboards or wore chicken suits. In 1990 he left Marvel to pursue freelance opportunities.

A 1989 satirical pitch McDuffie made to Marvel to highlight their treatment of black characters. Credit: Marvel.com

Two years after leaving Marvel to freelance full time as a comic book writer, McDuffie co-founded Milestone Media, whose comic books were distributed by DC Comics. His partners were a coalition of African-American artists and writers, consisting of himself, Denys Cowan, Michael Davis, and Derek T. Dingle. Their goal was for Milestone to address the underrepresentation of minorities in American comics, and to create characters that were diverse in their ethnicities, backgrounds and experiences.

As any fan of comic books can tell you, most superheroes and their villains were heterosexual white males, with a few female heroes and fewer black heroes thrown in. Heroes of other races, and sexual orientations sometimes showed up as tokens, but they were made to represent whichever underrepresented ethnicity they belonged to. the Milestone founders knew that in order to be inclusive they had to present a range of characters across many ethnic groups and different backgrounds.

Many characters were set in the fictional midwestern city of Dakota, a departure from the standard big cities of the major publications.  Among its major characters (all of whom Mr. McDuffie helped create, in collaboration with illustrators and other writers) are Static, Icon and Hardware, all of whom are African-American; Xombi, who is Asian-American; and the Blood Syndicate, a crime-fighting group of men and women that includes blacks, Asians and Latinos.

Static, perhaps the most famous, is the alter ego of a mild-mannered teenager, who uses secret electromagnetic powers to do valiant things. Mr. McDuffie named Static’s alter ego Virgil Hawkins, after the black man who waged a midcentury fight to be admitted to law school at the University of Florida, a process that eventually led to the desegregation of Florida’s public university system.  Static inspired the animated television series Static Shock, which ran during the after school cartoon time slot for the WB television network from 2000 to 2004.  Mr. McDuffie was a creator, story editor and writer on the series. 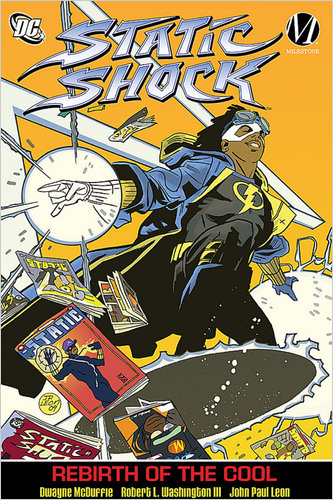 In addition to celebrating diversity, McDuffie also wanted to subtly teach important lessons and values, as well as having his characters confront the kind of problems faced by his readers. “I try to put superheroes in situations where being strong, or being able to fly or fight aren’t the answers,” McDuffie said. “We’ve dealt with teen pregnancy, abortion, racism and anti-Semitism. Being able to hit somebody harder doesn’t help you deal with that.”

Milestone Comics, as a publishing house, was the starting point for the careers of many a writer, artist, and editor. Many of their talent, such as Humberto Ramos and J.H. Williams III went on to successful careers beyond Milestone.  In addition to those who worked at Milestone, the idea of building diverse worlds inspired many creators who didn’t work there, as witnessed by diverse titles such as Saga, Bitch Planet, and The Ultimates. Both creators and fans were equally and profoundly impacted by the company’s presence, publishing slate, and mission statement.

Despite its innovation, declining sales led Milestone Media to discontinue their printed comics in 1997.  McDuffie continued to write and edit for Static Shock, the animated version of Milestone’s comic book hero.  He also wrote for other animated series such as Teen Titans, Justice League and Justice League Unlimited, and What’s New Scooby-Doo.  Eventually he returned to comic books: McDuffie wrote several issues for Marvel’s Fantastic Four as well as DC’s Justice League of America.  He also wrote Milestone Forever, a two-issue miniseries chronicling the final adventures of his Milestone characters before an in-story event merges their world into the greater DC Comics Universe. 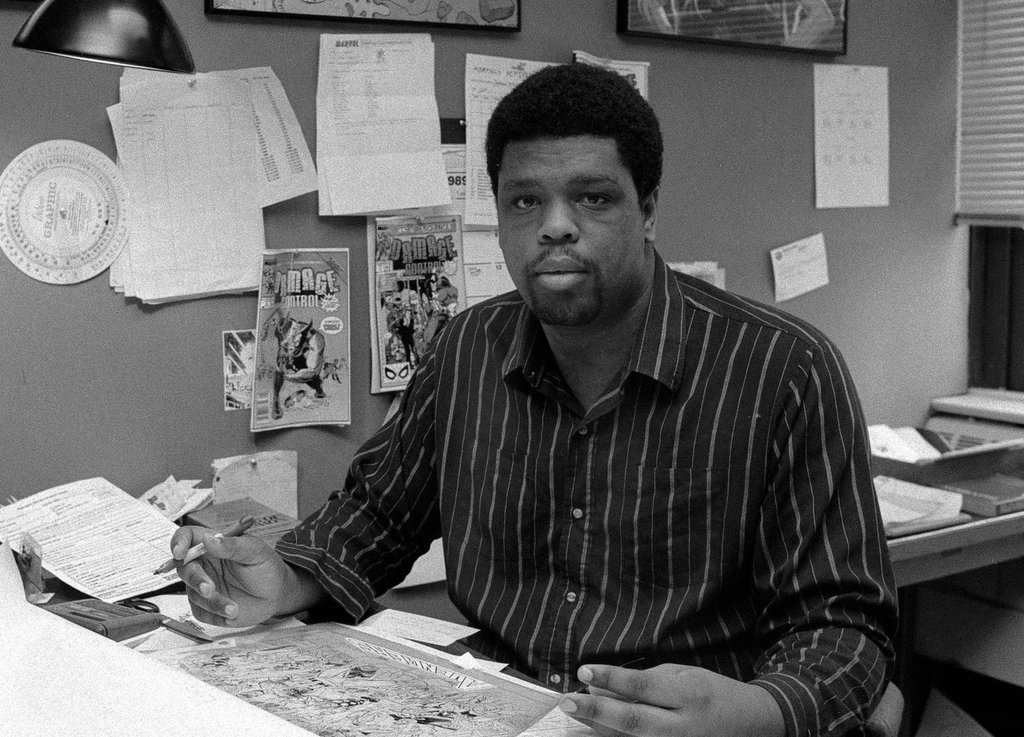 McDuffie died on February 21, 2009, a day after his birthday.  He passed away due to complications after undergoing emergency heart surgery at Providence St. Joseph Medical Center in Burbank.  He was survived by his wife, Charlotte; and his mother, Edna McDuffie-Gardner.  Mr. McDuffie’s honors include a Humanitas Prize in 2003 for an episode of “Static Shock” about gun violence in schools.  He also earned three Eisner Award nominations for his work in comics.  In the wake of his passing, the comic book industry mourned his loss.  However, creators from various walks of life and people whose lives were touched by Dwayne’s work in various media were galvanized to ensure his legacy of diversity would continue.  In 2015, The Dwayne McDuffie Awards for Diversity in Comics was created to help a more diverse range of outstanding creative voices finally find some inclusion in the media.  Additionally, the New Smithsonian Museum of African American History will have an exhibit honoring McDuffie’s work in the entertainment industry.

“You don’t feel as real if you don’t see yourself reflected in the media,” he told The Chicago Sun-Times in 1993. “There’s something very powerful about seeing yourself represented.”